COVID-19 UPDATE: Due to the COVID-19 pandemic, we have made some changes to our available client services as well as our administration. (Read More)

Due to the COVID-19 pandemic, our agency continues adapting and implementing protocols to maintain the health and safety of our clients and care staff. Our care managers have resumed working from our office, and are available for in home assessments and check in visits. We are in compliance with the California Department of Public health vaccination mandate as well as the Los Angeles County public health vaccination mandate. We have also implemented an electronic check-in system which asks our care staff screening questions per county and state public health guidelines prior to clocking in for each shift.

Dangers of Urinary Tract Infections with the Elderly

Is your parent suddenly acting more confused? Are they saying strange things? These symptoms are an early warning sign of a Urinary Tract Infection, also known as a bladder infection is caused when bacteria enter the bladder and kidneys. Elderly people are more susceptible to UTI’s, for they experience a weakening of the muscles of the bladder, leading to more urine being retained. Elders are also susceptible to UTI’s due to diabetes, use of a urinary catheter, bowel incontinence, or being bedridden. 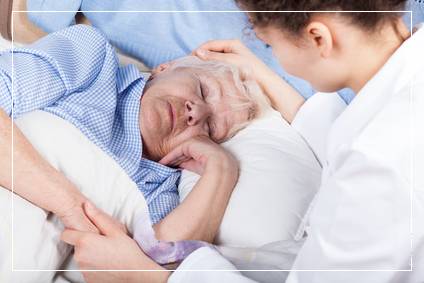 It is important to detect symptoms early, before causing further problems such as acute or chronic kidney infections. Many elders experience a decline in cognitive function and may be irreversible if a UTI goes untreated for too long. Some common warning signs include the onset of elderly urinary incontinence, confusion or not being able to do tasks the patient could easily do a day or two before. Other symptoms may include cloudy/bloody urine, which may have a foul or strong odor, low fever, pain or burning when urinating, pressure/cramping in the lower abdomen or back, and strong need to urinate often.

Treating UTI’s in the elderly is relatively straightforward. A simple urinalysis can confirm the infection’s presence. UTI’s often clear up in only a few days, but depending on the age and health of the patient as well as the severity of the infection, the course of treatment can take weeks and at times involve hospitalization for the administration of intravenous antibiotics. Older adults living in a group setting such as nursing homes are more likely to be resistant to the antibiotics most often prescribed for UTIs such as amoxicillin or nitrofurantoin, and might require something stronger, as well as longer course of antibiotics to combat an elderly urinary tract infection. People with UTIs must drink plenty of fluids to flush the bacteria from their systems. It is recommended to drink six to eight-ounce glasses of water a day. Drinking cranberry juice or taking cranberry tablets is also a well known remedy to get rid of the bacteria.

Preventing UTIs in the elderly can be done by changing his/her briefs frequently, drinking plenty of fluids, avoiding caffeine and alcohol, and not holding in one’s bladder for too long; people with dementia should be prompted to use the toilet on a regular basis.